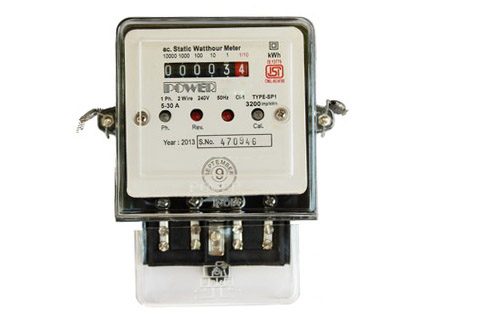 Meter tampering is a widespread issue. The repercussions are costs that run well into the millions. Take a mid-sized city – the Nelson Mandela Bay Metropolitan Municipality reports that one in every seven households is believed to have tampered with their prepaid meters – and you get some big numbers. Meter Security Seals provide a solution.

You may not think that such widespread tampering relates directly to you, but these substantial figures show that meter tampering is easy. People are getting away with it. So much so that the City of Johannesburg was willing to provide amnesty to customers who had tampered with their meters in any way and were willing to report it before June 30.

Body corporates, warehouses, rentals, and the like need to be especially vigilant, and the best way to do that is with meter security seals, followed by regular inspection. It’s not merely the financial loss as a direct result of meter tampering that’s a point of concern. Death by electrocution, sever injury and bad wiring that can lead to potential fire hazards are also rather common. Worse still, is that once the meter has been tampered with, it no longer functions correctly. Electrical faults in the premises may not be detected by the meter and the power will not trip. This results in a dramatically increased chance of fire.

If proper use of meter security seals is made, along with vigilant checks, tampering can easily be detected and dealt with. A body corporate owning a block of flats can not only lose a vast amount of money should tampering proceed unchecked, but the entire structure (and possibly surrounding structures) could possibly burn down. A small investment in improved security can make a huge difference.

Taking it a step further, any utility meter that needs to be sealed can be safeguarded against tampering with TruSeal’s range of meter security seals. Meters that have been illegally tampered with also need to be repaired so that they are back to fully functional working order, which costs even more money.

Without a doubt, this is a prime example of “prevention is better than cure.”

TruSeal meter security seals are tough and will withstand immense abuse. More importantly, they act a as a potent psychological deterrent to any individual with plans to tamper or break any utility meter of any kind.

A prime example of the perfect meter security seal is the EM Security Seal. It is a twist tight seal, particularly made for securing electricity meters, laboratories and gaming tables, with a polycarbonate and PVC-isolated steel wire construction and an ultrasonically welded cap for added security. The EM Security Seal is serially numbered, making covert replacement impossible if proper checks have been put in place.

Meter tampering is a problem that requires proactive steps to be taken in order to minimize damages. TruSeal is ready to advise and assist. Get in touch with us through the contact form or give us a call so that we can help you find the most effective solution that suits both your budget and needs.