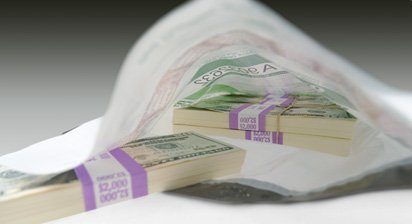 Why use tamper evident security seals? Your assets are your livelihood

Why are tamper evident security seals important? The bottom line is that goods go missing.
Any business that deals in physical goods knows that it’s an inherent risk; the bigger the business, the more goods moving around, the likelier that something might go missing somewhere along the line. The same applies to anyone moving valuable assets. It’s not easy to cover all the bases. Security cameras, general checks, and proper procedures help to prevent theft and unauthorised entry in most regards, but nothing is foolproof and revenue lost due to theft is a concern for any business.

It’s not always the large volumes all at once, but smaller amounts that are the toughest to monitor – a few items go missing and it’s only noticed much later. Locks can be broken and covertly replaced; protocols can be subverted to an extent.
TruSeal offers a solution. Tamper evident security seals provide a dual layer of protection against unwanted entry.
Prevention

The first being a psychological deterrent: Tamper evident security seals show signs of unwanted entry, which makes theft far more difficult. Once potential thieves realize that it’s no longer a case of easily removing a few items, or opening a package without anyone knowing, theft is less likely to occur.

The efficacy of tamper evident seals acting as a deterrent is magnified when proper inspection protocol is implemented and maintained. The chances of being caught increased dramatically, potential thieves give up before considering their next move – as the saying goes: Prevention is better than cure.

TruSeal tamper evident security seals are of the highest quality and we are focused on making the latest technology available to our clients. Our HL 036 seal is a prime example: single-use polypropylene strap seal and steel insert that’s heat staked together for added tamper evidence and security.

Once the seal has been disturbed by tampering, it cannot be replaced. If the proper procedure has been implemented, becoming aware of unauthorized entry is far easier than ever before. Unlike a lock, the seal cannot be swapped out for another without it being evident as our TruSeal tamper evident seals are numbered and or barcoded.
If upon reaching a check, the seal is found to be broken or tampered with, the transport line can be traced back to where it was last intact, thereby assisting with the identification of handlers and potentially making it easier to apprehend culprits.

Is it worth the risk to your business? For those who truly wish to protect their product, whether documentation, cash, or goods, TruSeal has you covered. TruSeal continues to evolve as new technology becomes available and our tamper evident seals provide world-leading security to protect your business.

TruPack bags also form part of our range, which are designed to be strong and re-useable.
Where keeping your goods safe is a priority, tamper evident seals are one of the most effective products available and can be deployed to immediate effect in drastically reducing product theft and unauthorised entry.